Not the Spitfire, but…

I got the TR 2 started today. This is not insignificant news as it means that it now moves under it’s own steam (and there is some – more on that later). Being able to move it means that I can now choose which garage it goes in, but more importantly it looks like it might be on the road in time for a bit of summer motoring.

I decided a while ago that, much as I want the car to look amazing, priority #1 is to get the bugger working and road-legal. Re-trimming the interior and seats etc. can wait, as can futzing around with panel gaps and locking mechanisms. These are all ‘weekend’ jobs that, once the car is running can be tackled later.

However, there remains a small problem in that it’s weeping water from somewhere (hence the steam…) It looks like both the core plug in the top of the cylinder head (under the rocker cover) and around one of the head studs. It’s not much, but it won’t do the oil much good and I can’t leave it like that.

The core plug I can understand. It was leaking, I replaced it, it still leaks a bit. I’ve got three spare, so I can have another go at this. It’s threaded and I guess it’s just not sealing properly, maybe I’ll whack some PTFE tape around it or something next time.

The other leak is a bit more mysterious. I think I’m going to have to try and re-torque the head and see if that helps, if not it may be that the gasket has immediately failed – so off with her head 🙁

Still, it fires up first spin and runs like a sewing machine so I’m very happy. It’s been at least five years since I last heard it’s cheerful burbling 😀 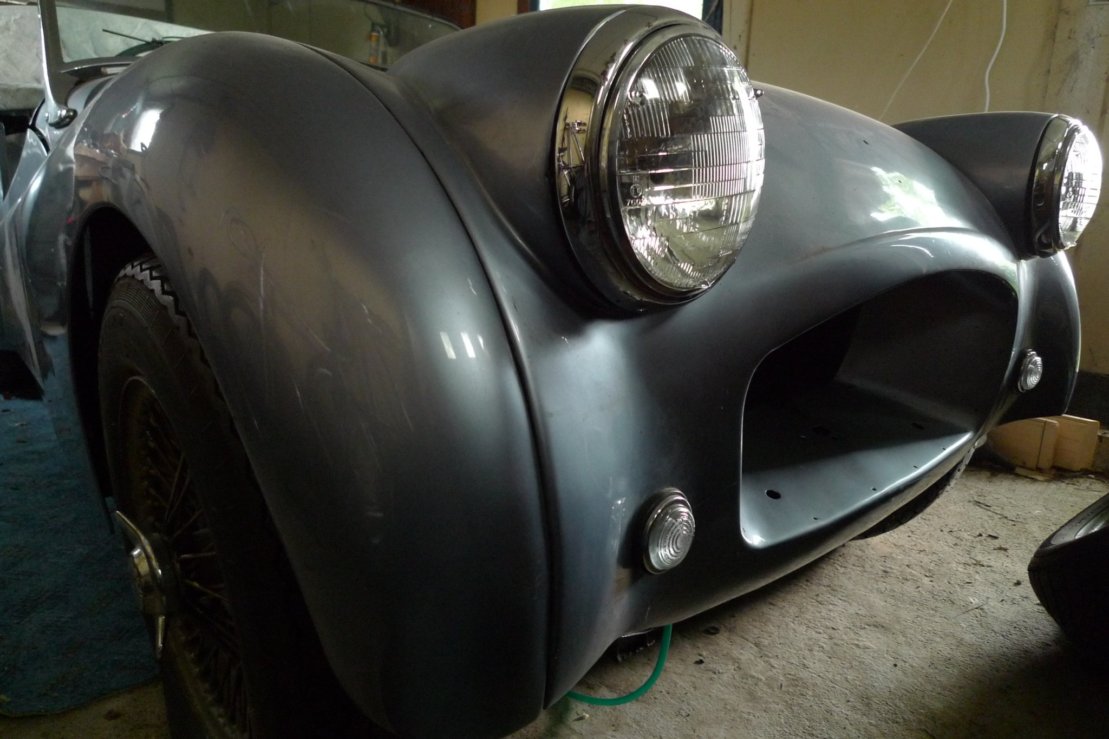