I’ve been trying to plan out which events I’ll be able to do this year.  The provisional list looks something like this, so far : 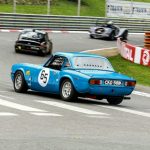 It was the Pieter Bakker’s wonderful Legendary Circuits Series that re-kindled my enthusiasm for finishing the car and getting back on the track.

I’d attended a few of his events crewing for Jon/Dave and the race on the street circuit at Angouleme in particular blew my mind.  I simply had to do it, so in 2016 I did.

Last year the series visited Pau and Jon and I were there, it was superb and if it it’s on the calendar again then I’m definitely going.. 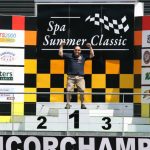 I’ve been to Spa pretty much every year since 2007, usually for the Spa Summer Classic or the Spa Six Hours.

It’s probably one of my favourite places in the world, yet despite this I’ve only raced there once.

Another option is the Spa One Hour race which is run every year as a tribute to Barry Sidery Smith, my car doesn’t have a big enough tank to run for an hour, but refuelling is allowed. 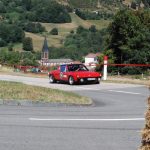 I’ve not really done many (any) hillclimbs, but this looks like a cracking event amongst some stunning scenery.

Also, given that it’s in August there might be an opportunity to make a bit of a holiday out of it and hang around in les Vosges for a bit.

A bonkers local circuit that just happens to be fifteen minutes from my workshop.

It’s mostly used as a training circuit so there’s about one type of every corner you can imagine in a lap about the size of Mallory, but it’s great fun.

Every year they run a Retro Event, I went last year and at twenty euros for twenty minutes of track time it’s probably the bargain of the year.  I’ll probably also be using this circuit for a bit of pre-season testing.

The track time is grouped into three sessions; one for road-going cars, one for race cars and one for single seaters.  So there’s something for everyone 🙂  The video below from the Lotus next to me in the paddock should give you some idea.