Notes from the future : Looks like I had a great time at Mallory here.  At some point later my views on Mallory will change radically..

Woo! What an ACE circuit. I’d never been before and was a bit daunted by stories of it being very fast with little run off and so on. But a walk around the track the night before and a long chat with Mike Hazelwood (TR4) the night before focused me a bit.

Everyone was talking about Gerrards, which must be the longest right hand bend on a UK circuit. Mike mentioned that this was the ‘key’ to a fast lap time, so in morning practice I set about ‘experimenting’ with taking it as fast as I could. With a good result too – I qualified ahead of Kevan for the first time this year.

The race itself from our (Class A) point of view was desperately eventful. Russel Munns’ car died on the green flag lap due to a broken throttle cable and so we all moved up a place. Then, with the cars all lined up on the grid for what seemed like an age, a marshal ran up to inform us that the starting lights were broken so they’d be using the Union Jack. ‘Great’, thought I, ‘Like I’ll see that from back here…’

Even the start was exciting, with Jon Thomasson accidentally selecting reverse and firing backwards.

I held onto my lead for less than a lap owing to a missed gear at the hairpin forcing me to run wide and let Kev in through the inside. But 2 or so laps later I was back infront, I kept the lead a bit longer and built up quite a gap between us, only to loose it all again due to faster traffic trying to get past and (would you believe it) making the same mistake again at the hairpin.

For the rest of the race Kev and I were pretty much neck and neck, but once again he finsished ahead.

The weekend we had was brilliant though, Mallory deserves it’s reputation as the friendly circuit and once again thanks to all the Marshals and others involved in making such a smashing day at the races. 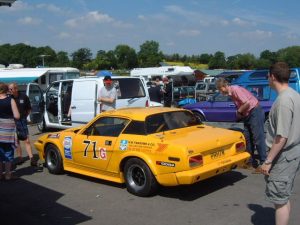 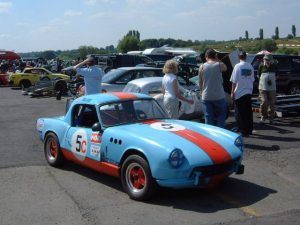 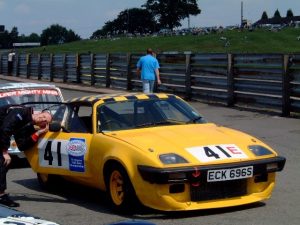