Adding a cheap laptimer to the Spitfire race car.

For many years the Spitfire has been fitted with a Rollcenter T200 laptimer (pictured below). 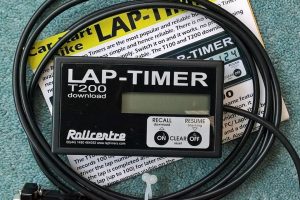 It works based on an infra-red timing beacon that you either buy separately and position yourself on the pit wall or rely on one provided at most circuits (or someone else’s).

I never had my own infra-red transmitter so it was always a bit hit and miss as to wether of not it did anything.

This year I decided to go all modern and try to use an Android app called RaceChrono, there is also an iPhone version.

It works by using your phone’s GPS positioning and has downloadable maps for thousands of circuits.

The reason I’m calling this a cheap laptimer is that 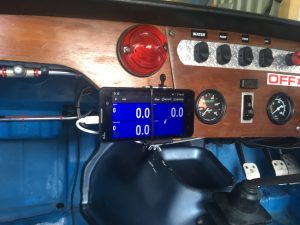 RaceChrono laptimer installation in the Spitfire

I’ll report back as to how useful it is!